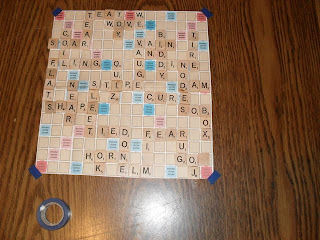 Basics Plus: As forecast, it was quite rainy today - we are expecting 1 3/4 inches by morning; we're so glad we planned a layover day in anticipation of the rain!

It's been a busy day and we have a change in plans. Last night Riley finally got the mapping software he's using to give us a detailed look at the route we had planned to Fruitland and on to Kettle Falls, WA and the news was NOT good:

So - we started looking for Plan B. Riley figured out that we could, instead, hook up with the Spokane Centennial Bike Trail (mostly dedicated paved bike trail) and then the Idaho Centennial Trail on to Coeur d' Alene, ID (ditto) - almost all of which we had ridden on our vacation last fall! From Coeur d' Alene we can connect to Adventure Cycling's Northern Tier Bike Route at Sandpoint in a simpler and more direct way than going through Kettle Falls; it will save us 3 biking days!

We got maps of Spokane and ID and visited a local office of the Washington State Department of Transportation for discussion of some possible back-road alternates to busier roads and we're on our way. Having our netbook computer (named Nettie) along makes all this possible!

We will bike to Spokane early tomorrow, using some back roads and the early start to get us into Spokane as early as possible in the day to avoid holiday traffic. We will do a layover day in Spokane due to the holiday and on Sunday bike on bike trails to Coeur d' Alene - no holiday traffic issues. Whew!

For Those Who Want More: Here are some other things we did today when not working on routing and reservations and such: