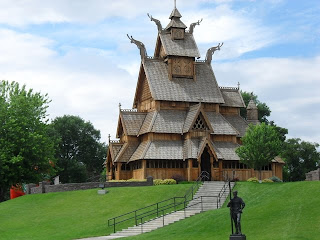 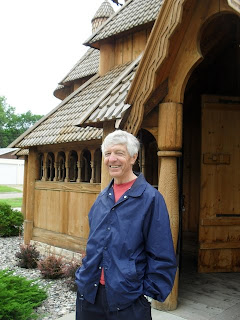 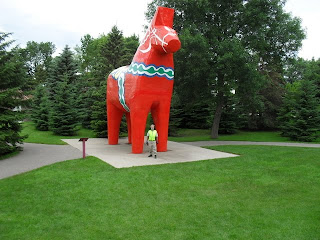 Just the Basics: 9 miles of biking, plus 2-3 of walking. This will be a short blog for reasons that will be clear!

This morning we decided that it might be wisest to have a medical professional look at Becky's lacerated finger. We were lucky enough to find that the Trinity Medical System here had a drop-in clinic that would see her - as opposed to having to go to the emergency room. Turns out the cut was a lot longer than we thought and she is now taking antibiotics, putting on a new dressing with a strong antibiotic ointment 3x/day and, unfortunately, wearing a splint to immobilize the finger so the jagged tear can mend itself - way too late for stitches, as we were over the 8 hour limit by the time we even got to Minot last night.
With the doctor's agreement, Riley has cut the splint off a bit to allow Becky to use her right hand for holding the handle bars more easily and for shifting and braking with relative ease - she could do all those things with the longer splint but very awkwardly, which would have made it harder to ride safely. We'll probably end up doing somewhat shorter rides for a bit - the hand is awkward, there's some pain, we want to be sure we're giving it a chance to heal, extra stops to change dressings . . . . BOTHER!!
Writing is tricky and typing pretty slow, so the blogs may be shorter for a while - and fewer postcards will go out. = (

Today's Photos: (See text below for further explanations.)
1. Replica of a 13th century Norwegian church.
2. Joel, son of Norwegian parents, who is a docent at the church.
3. Riley, with a rather large Dala horse.

Tomorrow: If all is well riding with Becky's right hand, we ride about 24 miles to Granville for our very first camping night (the next town with a motel is too far down the line for a one day ride). Since we'll be camping, we may not be able to blog. The same may be true on Thursday.
For Those Who Want More: Scandinavian Heritage Park: Since we had time to kill in Minot today, we visited its great Scandinavian Heritage Park. It is a wonderful local volunteer effort with more than Becky's typing will allow us to share, but here are a few highlights: